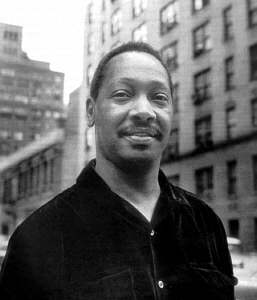 Please visit my interviews & Reviews page FOR DISCUSSIONS AND REVIEWS OF “THE DREAM IS YOU: VANESSA RUBIN SINGS TADD DAMERON”

Tadd believed in finding the pretty notes to express his vision of how music should sound. His many compositions and arrangements were interpreted by the luminaries of the “Bebop” Era such as: Dizzy Gillespie, Miles Davis, Charlie Parker, Dexter Gordon, “Fats” Navarro, Billy Eckstein and Sarah Vaughn, to name a few. His excellence as a pianist was not to become a virtuoso pianist, but rather, to get his music played! “He was the romantic as a composers of that time,” according to Dexter Gordon! His many compositions include: Hot House, Lady Bird, Tadd’s Delight, If You Could See Me Now, Good Bait, etc.

Many of Tadd Dameron’s compositions have lyrics and are the subject of a tribute Vanessa does of his vocal music entitled – “Singing Dameron.” She enlisted arrangers who were either contemporaries of Tadd’s or influenced by him – Frank Foster, Benny Golson, Jimmy Heath and one of Tadd’s home-town compatriots, Willie Smith. The arrangements are set in an eight piece ensemble with Alto, Tenor and Baritone Saxophones, Trumpet, Trombone, Piano, Bass and Drums in addition to Ms. Rubin’s vocals. The works have been performed at the Kennedy Center, Washington, D.C., Dizzy’s Coke Cola Room, NYC and Binghamton College, Binghamton, NY.

SING DAMERON! The Tadd Dameron Vocal Legacy
Re-imagining the masterworks of one of the unsung giants through the
vocal artistry of Vanessa Rubin & an all-star cast of musicians 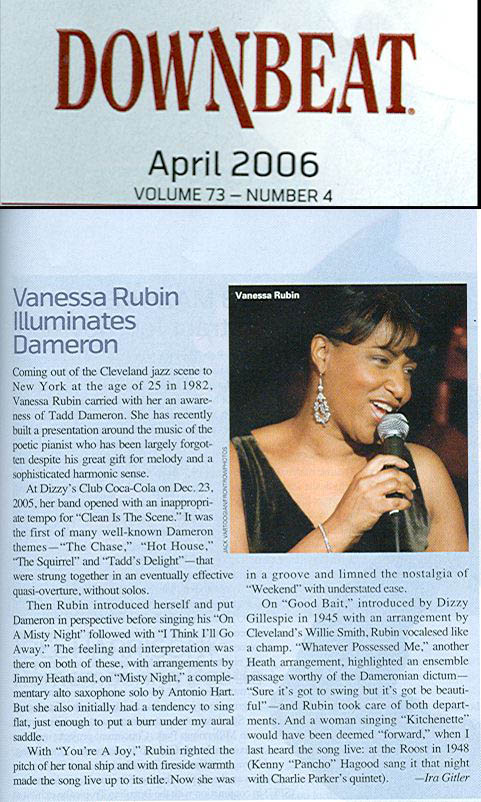